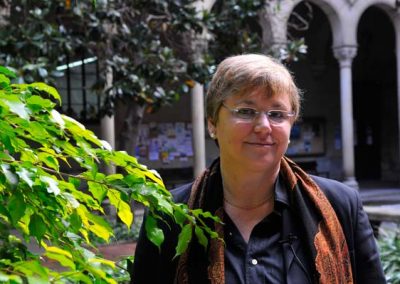 Her main scientific interests and contributions are on function theory in spaces of holomorphic functions and Harmonic Analysis.

The Board would like to express its deep gratitude to the former Director, Professor Marta Sanz-Solé (Universitat de Barcelona), for the all the work devoted during her tenure as Director of the BGSMath. Her efforts have been key in the strengthening of the BGSMath structure and completing the goals set by the Maria the Maeztu Unit of Excellence project.