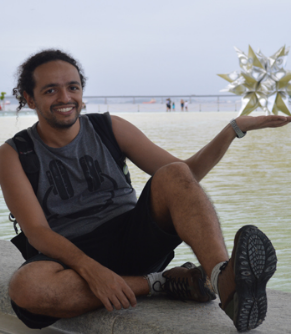 For my master’s degree, I studied celestial mechanics in curved spaces, applying analytical and numerical methods to discover/compute/classify/ catalogue dynamical objects in the Two-Body Problem over the surface of an infinite cylinder.

In December 2016 I started working under the supervision of Àngel Jorba (FMI-UB) in the dynamics of the comet 39P/Oterma, where the idea is to justify and understand, more in a quantitative way, its dynamics based in the dynamical objects (periodic/quasi-periodic orbits, tori, invariant manifolds, etc.) computed for some models in celestial mechanics.