Eva Miranda, Full Professor at UPC and CRM Researcher, has been Awarded an ICREA Academia Prize 2021 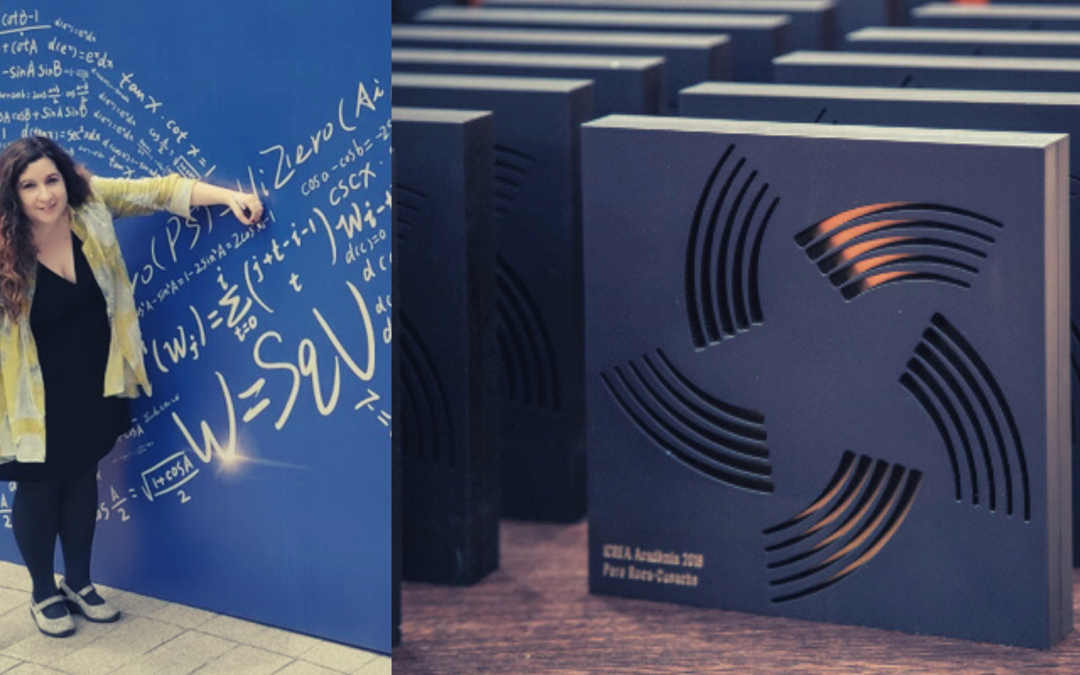 On February 17th, the Catalan Institution for Research and Advanced Studies (ICREA) announced the awardees for the 2021 call of the ICREA academia prize. The list that includes UPC-CRM researcher Eva Miranda. The recognition, which is awarded for five years, aims at increase the international impact of research conducted at Catalan universities.

ICREA, the Catalan Institution for Research and Advanced Studies, has announced the awardees for the 2021 call of the ICREA academia prize. In the field of mathematics, the institution has recognized Eva Miranda, full professor at UPC and CRM researcher. The list includes about thirty experts from different fields of knowledge within the framework of the Catalan university system.

The prize is endowed with 40,000 euros per year, for a period of five years, so that the distinguished researchers can intensify their scientific work, in an active and expansive phase of their career. These grants, now in their thirteenth year, were launched in 2008 with the aim of promoting and rewarding the research excellence of professors at public universities in Catalonia. Thus, the program helps to intensify the research carried out by university professors who are in a fully active and expansive phase of their research career.

This is the second time Eva Miranda has received this distinction.

Eva Miranda is the head of the Lab of Geometry and Dynamical Systems. During her research career, she has received Marie Curie and Juan de la Cierva grants, and she was an honorary member at CSIC-ICMAT and at Observatoire de Paris.  She has published over 50 articles and supervised 9 Ph.D. theses. In 2017 she was awarded a Chaire d’Excellence of the Fondation Sciences Mathématiques de Paris.

This is the second time she has been awarded by the ICREA institution. In 2016, the ICREA academia supported her work to improve the understanding of the role of singularities in Geometry and Dynamics and more concretely to develop a research plan in b-symplectic Geometry and Celestial mechanics. In 2016 she was the only mathematician in a list of 15 awardees in all areas of research.

In previous editions, the ICREA Academia Prize has recognised other members from the CRM research community such as Joan Porti UAB (mirar any), Luis Dieulofait at UB (mirar any), Eva Miranda (2016),  UB professor Núria Fagella (2020), and UPC professors Marcel Guardia (2018), Víctor Rotger (2019) and Tere Martínez- Seara.(2018). Eva Miranda is the first mathematician in Catalonia to be awarded an ICREA Academia prize in Mathematics twice.

During the five years that covers the prize, she will focus on the study of topics such as the singular Weinstein conjecture, the quantization of Poisson manifolds, and understanding the (computational) complexity in Fluids.  Miranda worked on the Weinstein conjecture in the last years and extended its formulation to the singular realm in 2021. Now the challenge is to actually find these orbits and develop new machinery to do so such as a singular version of Floer homology. To illustrate with an example: Such singular orbits can be artistically represented as the reflection of the Rakotzbrücke Devil’s Bridge on the water. The [Q,R]=0 conjecture is wildly understood in Symplectic manifolds but singularities are left out of the picture. The aim of Eva Miranda is to prove this in the context of Poisson manifolds which would have an important impact on the study of Quantum models.

Miranda’s research is at the crossroads of Differential Geometry, Mathematical Physics and Dynamical Systems. She works with objects appearing on the interface of Geometry and Physics such as integrable systems and group actions acquainting for symmetries of the systems.  She is particularly interested in building bridges between different areas such as Geometry, Dynamical Systems, Mathematical Physics and, more recently, Fluid Dynamics.

If you want to know more about her work, we recommend you to check out the interview with her included in the last Newsletter by the Instituto de Ciencias Matemáticas (ICMAT).