Xavier Tolsa is awarded the Rei Jaume I Prize

UAB – BGSMath and ICREA professor Xavier Tolsa Domènech has been awarded the “Rei Jaime I” Prize in the category of basic research. This award is given in six different categories, and it’s sponsored every year by the Valencian Government (Generalitat Valenciana). The ceremony took place on 4 June at the seat of the Catalan Government in the city of Valencia, under the auspices of the Valencian president Ximo Puig. 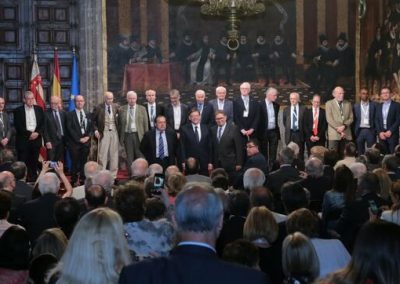 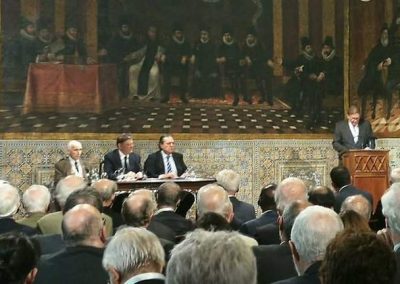 The jurors highlighted that Tolsa is “is a truly outstanding mathematician” and emphasised that “he has made profound and inventive contributions in the areas of Harmonic Analysis and Geometric Measure Theory. In particular, he has solved three major sets of open problems of the highest difficulty, winning him international recognition. The results are central to pure mathematics, and will have consequences for many applications, such as in signal theory and neuroscience.”

The prize comes with a diploma and a 100,000-euro cheque to be used for research and innovation. The other areas that received an accolade are economics, medical research, environmental protection, new technologies and a special entrepreneur’s prize. All award-winners will be able to take part in the “Alto Consejo Consultivo en Investigación y Desarrollo de la Presidencia de la Generalitat valenciana”, a scientific counselling body for the Valencian government.

After beginning his studies in engineering, Tolsa later obtained a degree in Mathematics at UB and his PhD in engineering from UPC. This is not the first time his work has been recognised: in 2002 he was awarded the Salem Prize by the Institute of Advanced Study and Princeton University for the proof of the semiadditivity of analytic capacity, an open problem since the early 1960s, and his works in the so-called Painlevé problem. In 2004, he received the prize of the European Mathematical Society for young researchers and in 2012 he was awarded an ERC Advanced Grant to develop the project ”Geometric analysis in the Euclidean space”.

BGSMath Director Marta Sanz-Solè congratulates Tolsa for this prestigious recognition and declared: “He is internationally acknowledged for his seminal contributions in the field of Harmonic Analysis and Geometric Measure Theory. His top-level training of young researchers has been exemplary, and has strongly contributed to the vitality of BGSMath.” 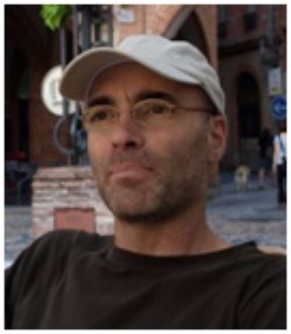