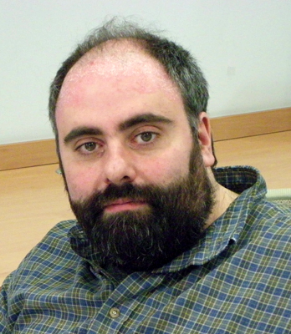 I studied Physics for my Bachelor degree and went on to earn a PhD in Physics (November 2000). Upon award of my PhD degree, I moved to Oxford where I took up a postdoc position at the Centre for Mathematical Biology, Mathematical Institute, where I started my research in modelling tumour growth working with Helen Byrne (Nottingham) and Philip Maini (Oxford), a subject that I still pursue. After three years in Oxford (from January 2001 to December 2003), I moved to London as a postdoc at the Bioinformatics Unit, University College London, with Karen Page (now in the Mathematics Department). There I worked in modelling tumour dormancy and the dynamics of cell surface receptors. In December 2006, after a short stay in Madrid, I joined the programme Complexity and Networks, lead by Henrik Jensen, at Imperial College, London as a postdoc to work in evolutionary processes under epigenetic regulation. In December 2009, I joined the Mathematical Biology group in the Basque Centre for Applied Mathematics (BCAM) as a BCAM researcher and Group Leader. As of November 2010, I work at the Centre de Recerca Matemàtica (Bellaterra, Barcelona) where I lead the Computational & Mathematical Biology group.