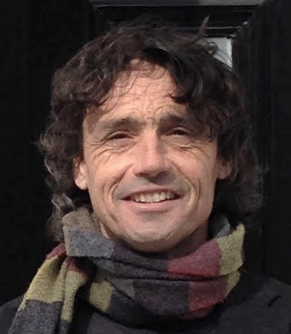 
PhD in Mathematics obtained at University of Sussex, United Kingdom

Senior lecturer in the Department of Mathematics at Universitat Politècnica de Catalunya, Barcelona since 2007. Published over 50 articles and been awarded various prestigious grants, including the Advanced Research Fellowship from EPSRC in the UK and the Ramon y Cajal grant in Spain. In 2012, proved the MDS conjecture for prime fields, which conjectures that all linear codes over prime fields that meet the Singleton bound are short. This is one of the oldest conjectures in the theory of error-correcting codes. In 2015, published the book entitled “Finite Geometry and Combinatorial Applications” in the London Mathematical Society Student Text series of Cambridge University Press.

Universitat Politècnica de Catalunya (2007-). Professor Agregat at the Facultat de Matemàtiques and the Escola d’Enginyeria de Telecomunicació i Aeroespacial de Castelldefels.
Universitat Politècnica de Catalunya (2003-2007). A research and teaching position funded in part by the “Ministerio de Ciencia y Tecnología” as part of the “Ramón y Cajal” program.
University of London (2000-2003). Advanced Research Fellowship (ref:AF/990 480) from the Engineering and Physical Sciences Research Council of the United Kingdom started February 2000 at Queen Mary College. A full-time research position with some teaching duties.
Technical University of Eindhoven (1997-1999). A two year Marie Curie research Fellowship (Training and Mobility of Researchers) from the European Commission under the supervision of Prof. A. Blokhuis. This was a full-time research position.
Technical University of Eindhoven (1995-1996). A one year full-time research position employed as a Research Fellow until May 1996 on a project on Algebraic Geometric codes supported by the European Commission.

Awarded an Advanced Research Fellowship (ref:AF/990 480) from the Engineering and Physical Sciences Research Council of the United Kingdom, a two year Marie Curie research Fellowship (Training and Mobility of Researchers) from the European Commission and awarded an “Ramón y Cajal” grant from Ministerio de Ciencia y Tecnologia of Spain.

A proof of the MDS conjecture over prime fields (that linear maximum distance separable codes of dimension at most p have length at most p+1, where p is the number of elements in the field) is contained in this article. Generalisation of Segre’s ”arc is a conic” theorem from the plane to higher dimensional spaces. Author of the books “Finite Geometry and Combinatorial Applications”, published in July 2015 by Cambridge University Press, and “A course in Algebraic Error-Correcting Codes”, published in May 2020 by Birkhauser.