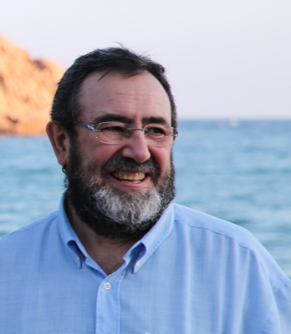 I am a PH. D. in Mathematics since 1984 and professor at the Universitat Autònoma de Barcelona since 2004. Previously I have occupied a number of permanent positions in Mathematics and Economics.

Principal Investigator of 5 research grants of the Discrete Dynamical systems Group of the UAB from the Spanish Ministry of Science, as well as other specific projects.

I have supervised 8 PhD Thesis and a number of master thesis. I have published 1 book (two editions) and 4 books as associate editor. Also I have 93 published papers.

I have been Vice-Dean for Studies of the Faculty of Economics of the UAB, Director of the Department of Mathematics of the UAB, member of the Scientific Committees of several societies, main organizer of several international conferences with associated grants and I have been evaluating projects for several research agencies. Also, I have been co-creator and co-cordinator (during two terms of three years) of the Spanish network DANCE (dance-net.org; including 220 researchers on dynamical systems and non-linear dynamics of the whole Spain).

I am a member of the Governing Board of the Barcelona Graduate School of Mathematics since 2013, a member of the Jury of the annual price Ferran Sunyer i Balaguer and Associate Editor of DCDS-A and JDEA.