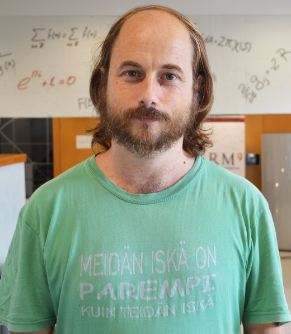 I did my PhD between a Physics and Engineering Department (Polytechnic University of Catalonia) and a Genetics Deparment (University of Barcelona) on the mathematical modeling of gene networks in evolution and development. This lead to 5 articles, one in PNAS as a first author. After my PhD (2002) I applied and obtained a Marie-Curie post-doctoral grant to work in the Biotechnology Institute in the Helsinki University (in Jukka Jernvall's group). My research was in the mathematical modeling of teeth development and evolution. In 2004 I applied and obtained a Finnish Academy post-doctoral position in the same group. In 2008 I got a Ramón y Cajal position in the Autonomous University of Barcelona (UAB). After that the global financial crisis hit Spain so by 2010 I decided to apply for a position back in Helsinki, a Finnish Academy fellow independent investigator position. I got it. At the same time I kept a small visitor position in the UAB. During this period my research included the building of general mathematical models of development to understand morphogenesis, pattern formation, evolution and their underlying gene network bases. This resulted in many publications, including 2 nature articles as first author.

In 2013 me and four other PIs in the Institute of Biotechnology applied for a Finnish Academy Centre of excellence. This is simply a large project (roughly 5 million euros over six years) and also an excellence distinction. We decided to centre around the integration of computational modelling and experiments in developmental biology. During this period my group has applied our general mathematical models of development to specific organs, teeth, hair, fly wing, turtle carapace, etc...My group is currently composed of me, a postdoc, four PhD students. The postdoc and three students are finishing this year. I have recently, 3th of September, moved back to Barcelona as a distinguished researcher position in the UAB, I am also are researcher in the “Centre de Recerca Matemàtica”, mathematics research center. My mid/long-term objective is to improve our understanding of the relationship between genetic and phenotype variation. We know what is at the bottom, the genome, and what is at the top, the phenome, but we do not understand well enough the processes in between to predict and explain which changes at the gene level lead to which specific changes at the phenotypic level (and why to those changes and not to others). It is my perception, and that of many others, that 21th century biology would largely be about understanding this genotype-phenotype map. Understanding the processes “in between” involves modelling how genes interact while the phenotype is forming, that is during development. To that end I aim to combine my own experiments and modelling in specially well-suited systems, e.g. the fly wing, to reach an understanding of such genotype-phenotype map that would serve as a paradigm for the field.

Multiscale modelling of development and evolution.

Mathematical modelling of the Origins of life.

2002 Salazar-Ciudad I*. & Jernvall, J*. A gene network model accounting for development and evolution of mammalian teeth. Proceedings of the National Academy of Sciences, USA 99: 8116-8120.