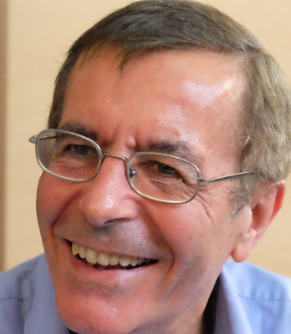 
PhD in Physics obtained at UB

I am a co-founder of both ICE and IEEC which areleadingin Normalized Impact Factor of the SCIMAGO World Reports 2009-13. My book et al, “Zeta regularization techniques…”, with ca 900 cit is only 2nd to S. Hawking’s seminal paper on zeta functions, a remarkable accomplishment in mathematical-physics. My ‘95 Springer monograph “Ten Physical Applications…”has got 600+. With over 10,000 cit and 20 works with 100+, my impact is of top level in my domain. I have groundbreaking works on zeta functions, the Chowla-Selberg formula and cosmology. One zeta function is named after me. I have got an Honorary Professorship from Tomsk TSPU University, Russia and the Gold Medal of TSPU. Many of my former students are extremely successful scientists now.

I am a Senior Research Professor and Principal Investigator of various projects — including a top rated Consolider one (group project) — and team leader of both a Consolider-Ingenio 2010 (CPAN) and a European Union project (CASIMIR). Founding Editor-in-Chiefof Galaxies (MDPI AG, Basel, Switzerland), and Frontiers in Mathematical Physics (Lausanne, Switzerland), and a member of the Editorial Board of other twelve International Journals. Invited to key Conferences of the Spanish Presidency ofthe EU Council, 4th Sakharov Conf on Physics, Moscow, as the only speaker from Spain, etc. Elected Secretary General of Av Humboldt Spain. Got the “Most Valued Reviewer of 2014” award by the prestigious journal “Annals of Physics” (Elsevier, Oxford,UK) whose Editor-in-Chief is the Nobel Laureate Frank Wilczek.