Maryna Viazovska, the Ucranian mathematician who could have won the Fields Medal (and still could)

BGSMath Faculty member and UPC Professor Eva Miranda is the author of this op/ed in the Café con teoremas section in El País about Maryna Viazovska, a Ucranian mathematician who, in 2016, solved the sphere-packing problem in dimension 24. According to Miranda, she could have been one of the 2018 Field Medalists, bringing the total number of women awarded with the distinction to two. 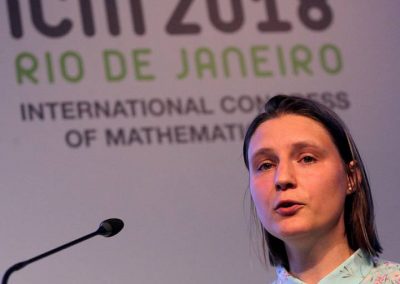 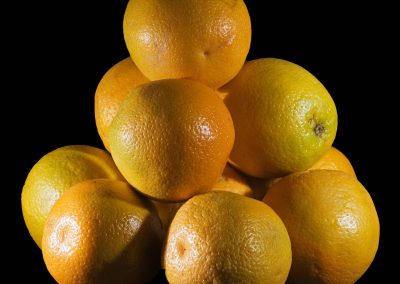 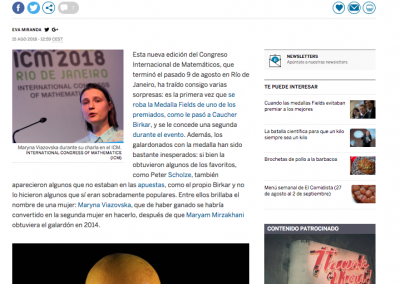 This year’s International Congress of Mathematicians (ICM), writes Eva Miranda, brought with it several surprises. One of them was not really new: no woman obtained the precious recognition. Many believed that Maryna Viazovska could have become the second woman to receive it, after Maryam Mirzakhani won the award in 2014.

“Maryna Viazovska (Kiev, Ukraine, 1984) did not lack reasons to be among the favourites: she defended her doctoral thesis in 2013 at the University of Bonn (Germany) and is already a professor at the prestigious Federal Polytechnic University of Lausanne (Switzerland); in 2016 she solved a famous geometric problem about packing spheres, for dimension eight, and published it in the Annals of Mathematics, one of the most prestigious mathematics journals. A week later, she did it for dimension 24, in a joint work with other collaborators, also published in the same journal. The problem of packing spheres appears in crystallography, but also in the theory of information developed by Claude Shannon and in big data. We can imagine its simplest formulation when placing oranges in a fruit stand: what is the best way to do it, so that they occupy the least possible space? They are usually arranged in a pyramidal form, following a harmonic and symmetrical structure, and in fact this is the optimal way to order them. This is one of the arrangements with the highest density, that is, it leaves less gaps between the oranges. Demonstrating mathematically that this is true is not as simple as it may seem.”

But this is not the last opportunity for Viazovska, says Miranda. In Saint Petersburg in 2022, where the next ICM will be held, she will still be younger than 40 (one of the requirements to obtain the Medal), so she will still be eligible for the award.

Read the entire op/ed in El País (in Spanish). 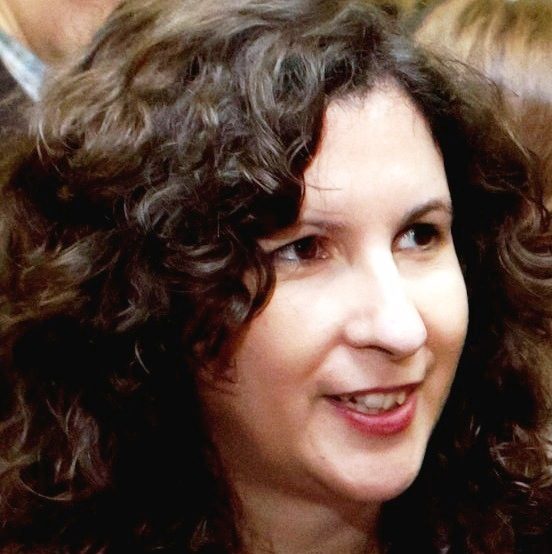