h-Principles are a powerful tool that lie on the interface between the geometry of manifolds and algebraic topology. They relate moduli spaces of geometric structures to certain spaces of sections of fibre bundles, and they are often able to establish a weak homotopy equivalence between them, in which case the geometric structure is said to be flexible (otherwise it is called rigid).

The geometric structures considered in this course will be regular distributions in the tangent space of a manifold, that is, sections of the fibrewise Grassmannian of this tangent space that are solutions of a partial differential relation that do not possess local invariants. Therefore the moduli problem is purely global on the manifold.

In this course we will study three examples of regular distributions (foliations, contact structures, and Engel structures), where there is a dichotomy between flexible phenomena and rigid phenomena. These lectures will explain old and (mostly) recent developments in the flexible side, but continuous references to its rigid nemesis will be provided. Hence the three theories can be understood as a struggle between the two sides.

This summer school is part of a series of activities organised by the Spanish Topology Network (RET). 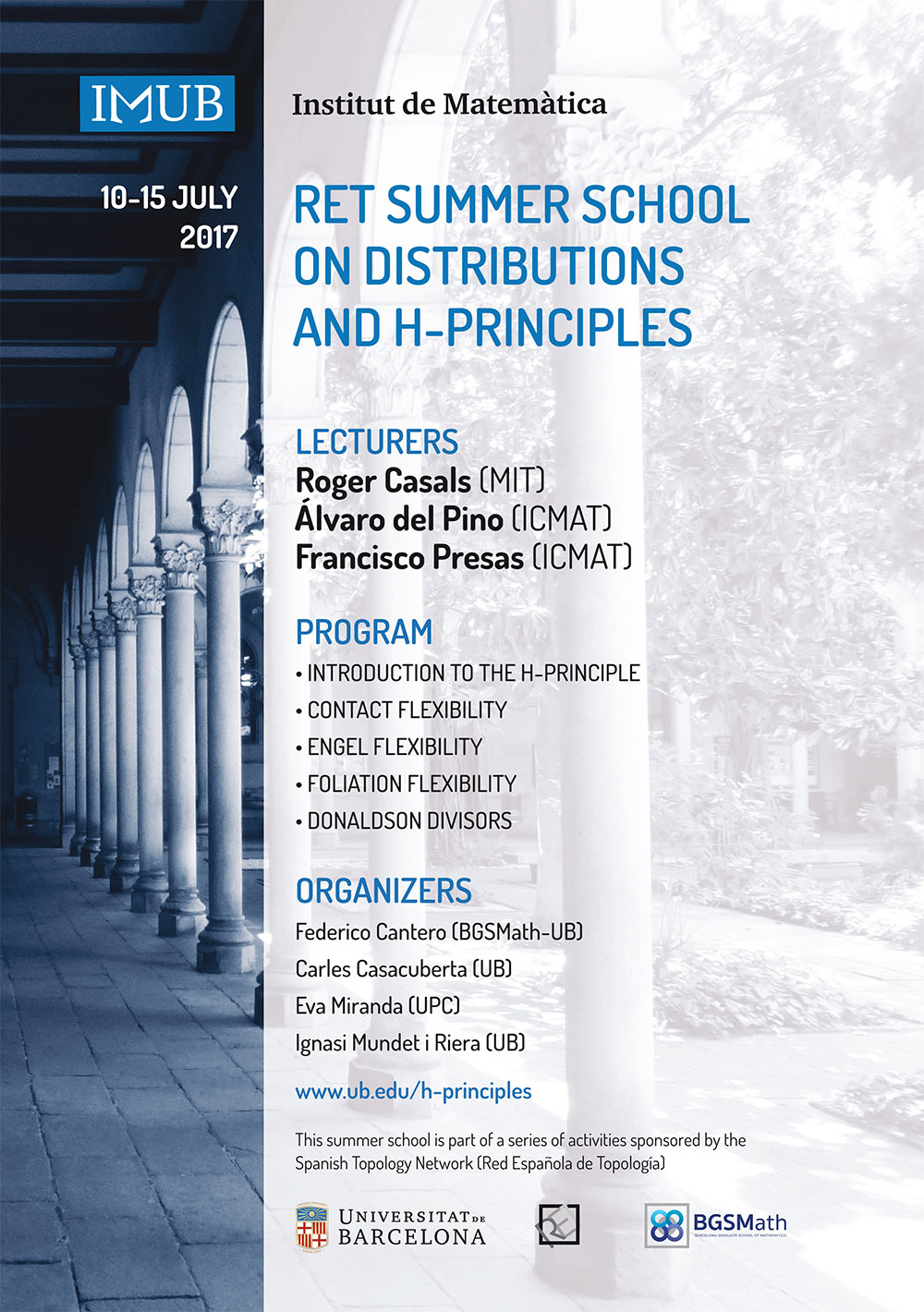