The problem of understanding the rational solutions to cubic equations like y^2-y=x^3-x dates back at least to the ancient Greeks and has
occupied center stage in number theory since Fermat, one of the modern founders of the subject, discovered his celebrated method of infinite descent. More recent 20th century highlights include the proof of Fermat’s Last Theorem and of the Sato-Tate conjecture. Most germane to the topic of rational points is the Birch and Swinnerton-Dyer conjecture.

Widely regarded as one of the most important open questions in mathematics, it figures (along with the Riemann hypothesis and the P ≠ NP problem) among the Clay Institute’s “Millennium Prize problems”. This lecture will explain why the Birch and Swinnerton-Dyer conjecture is perceived as being so central, and report on recent progress that has been achieved towards it.

The last BGSMath Colloquium was held on November 27th 2015. After presenting the current news about BGSMath, there was a lecture given by Henri Darmon (McGill University), entitled Rational points on elliptic curves 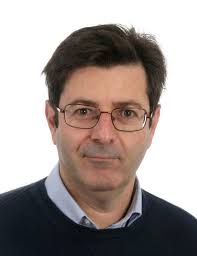