“Before the end of the century, engineers will be fully involved in medical research”

Penta met Waleed Mirza, the new PhD student in the Computational Methods and Numerical Analysis Lab at the UPC, who joined BGSMath under the newly established INPhINIT grant. 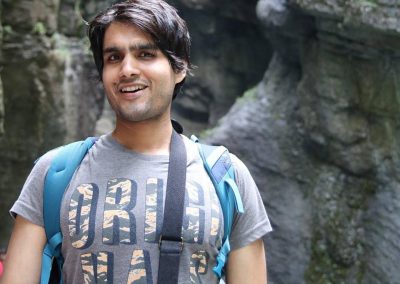 When not in the lab, Waleed Mirza loves the Catalan mountains and climbing 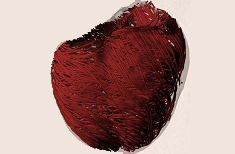 Waleed worked in Alya Red, a project of the Barcelona Supercomputing Center for simulating a human heart. 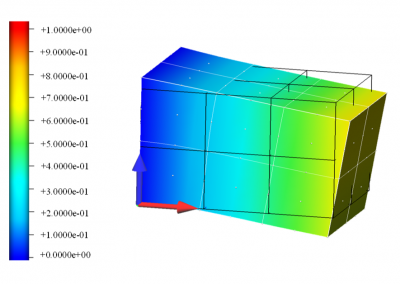 A sample of human tissue undergoing bending deformation as a result of the mechanical forces acting on it.

When Waleed Mirza explained to his family that he did not want to become a doctor, they did not take it too well. “In Pakistani culture, there’s a hierarchy among professions. All the members of my family were medical doctors, deemed as the most prestigious profession. They were disappointed that I chose to study engineering rather than medicine,” he explains.

But 27-year-old Waleed, who just joined the LaCàN (Computational Methods and Numerical Analysis, from its Catalan abbreviation) research group at UPC with the INPhINIT doctoral fellowship promoted by the “La Caixa” Foundation, might still end up close to the medical field. At the core of his new group is the idea that mathematical modelling applied to complex phenomena might help to open up new innovative paths of applied research.

Like all the dozens of young researchers selected by INPhINIT, Waleed has an impressive background. Raised in Dubai (United Arab Emirates), he studied Mechanical Engineering at the National University of Sciences and Technology in Islamabad (Pakistan). He then completed a Master’s degree in Structural Mechanics at the Blekinge Institute of Technology in Karlskrona (Sweden). There, he worked on the mechanics of soft tissues, in a group that studied the behaviour of human cardiac tissue. “The heart is a very interesting organ: there’s the blood flow, its pumping, the deformation of the heart, its opening and closing of the valves, and lots of mechanics,” he explains enthusiastically.“We designed computational models that simulated the human heart in a virtual environment.”

In 2015, he spent a year in Barcelona. That’s when his current research started to take shape. He worked at the Barcelona Supercomputing Center on the mechanics of soft tissues. “That’s when I got a very good experience in parallel programming, in supercomputer architecture,” he explains. “It was mind-blowing for me to learn how you can run very computationally intensive simulations.” At the same time, he was taking a course in computational mechanics, where he met Marino Arroyo, his current supervisor. In 2016, Waleed moved to the Continuum Biomechanics and Mechanobiology Lab, in Stuttgart.

“There is a very humanistic aspect to mechanobiology,” explains the young researcher. “You can produce research that has an impact on people. In Sweden, I saw people working on designing prosthetic limbs. It was very inspiring for me: it means using engineering to change people’s lives, just as doctors traditionally did.”

Another reason to work in this field is that it is “a frontier of research,” as Waleed puts it. “In the aerospace and automotive industries, engineers have contributed with key discoveries since the dawn of the industrial revolution. This is not the case for medicine: mechanobiology is still very fresh, there’s still a lot of science to explore in this field.”

In Arroyo’s lab, Waleed’s project is to try to understand the behaviour of cells, rather than tissues. “If a tissue has a tumour, and you want to predict how it will propagate, first you have to understand how the cells will behave. Then, thanks to mathematical techniques and intensive computational models, you can try to predict tumour growth. This way, we hope to give clinicians tools to give more accurate treatments.”

Obtaining an INPhINIT grant was for Waleed “unimaginable.” He says he still does not believe it: “We were more than 500 applicants: to be here, with this amazing group and with this exceptional grant, is too good to be true!”

For the moment, Waleed and his colleagues are working on healthy epithelial cells to figure out their mechanical behaviour and simulate it with equations that can be solved by computational methods, and thus predict the evolution of the disease. They are counting on the collaboration with the Institute for Bioengineering of Catalonia (IBEC) for experimental data to test their models in vivo. Waleed also highlights the mathematical advantages of his work. He is convinced that “while working on this, you come out with many mathematical tools that can also be used in other research areas.”

In a way, Waleed is fulfilling his parents’ wishes as he works on potential treatments for disease. “The research is still too preliminary for clinicians to realise how important this work is for them. But I bet that during my life, engineers will be fully involved in medical research.” And he concludes: “The best thing humans can do is to bet in medical industry!” 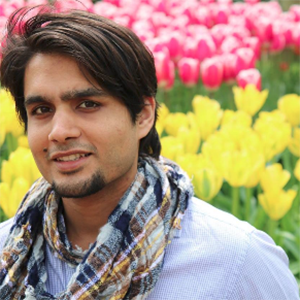 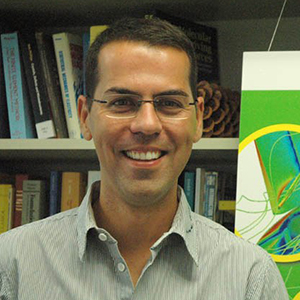 Alya Red is a project of the Barcelona Supercomputing Center for simulating a human heart.In this video, they explain the scientific background of the project, and show scientific visualizations of simulations using the computational electromechanical model applied to a rabbit heart.