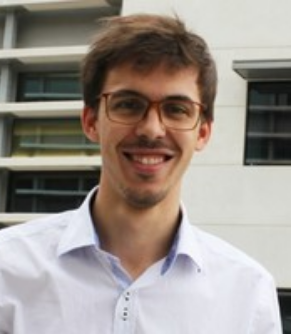 In May 2015 I graduated both degrees in Mathematics and Industrial Engineering at CFIS in Universitat Politècnica de Catalunya (UPC), doing my final thesis about Dynamical Systems in Politectino di Milano under the supervision of Prof. Francesco Topputo (PoliMi) and Prof. Mercè Ollé (UPC).

In September 2015 I started the Master in Statistics and Operations Research (MESIO) at Universitat Politècnica de Catalunya (UPC) and Universitat de Barcelona (UB). I received a full scholarship from Accenture Analytics covering my expenses and taxes and working as an intern 1 year there. I presented my Master's Thesis in January 2017 about Calibration techniques applied to microscopic traffic simulation models, problem solved by using stochastic procedures to minimize a non-analytical function between simulated and real data. The supervisors were Prof. Jaume Barceló and Prof. Lídia Montero. My Master's Thesis was awarded by Fundación Abertis as the Best Master's Thesis in Infrastructure Manegement among all theses in Spain in 2017. [link]

From October 2015 to October 2017 I was working in Accenture Analytics, applying Statistics, Optimization, Data Analysis and Data Science to real company problems, such as in Sales Forecast, Inventory Optimization Strategies and Advanced Reporting in Data Visualization.

In October 2017 I joined PTV Group as member of the Innovation Department to develop my PhD Thesis in Dynamic Matrix Estimation, a fundamental problem for Traffic Simulation. The aim of this research, supervised by Prof. Lídia Montero and Prof. Jaume Barceló, is to provide to the company a tool for Origin-Destination Matrices Estimation in Dynamic Traffic Assignment Problems, where congestion effects have an important role. This tool not only has to manage traffic flow counts from the urban network, but also has to take into account new emerging ICT traffic measurements, such as travel times between arbitrary points of the urban network coming from geolocalization.